Home » History of the Lesmeister Building

History of the Lesmeister Building 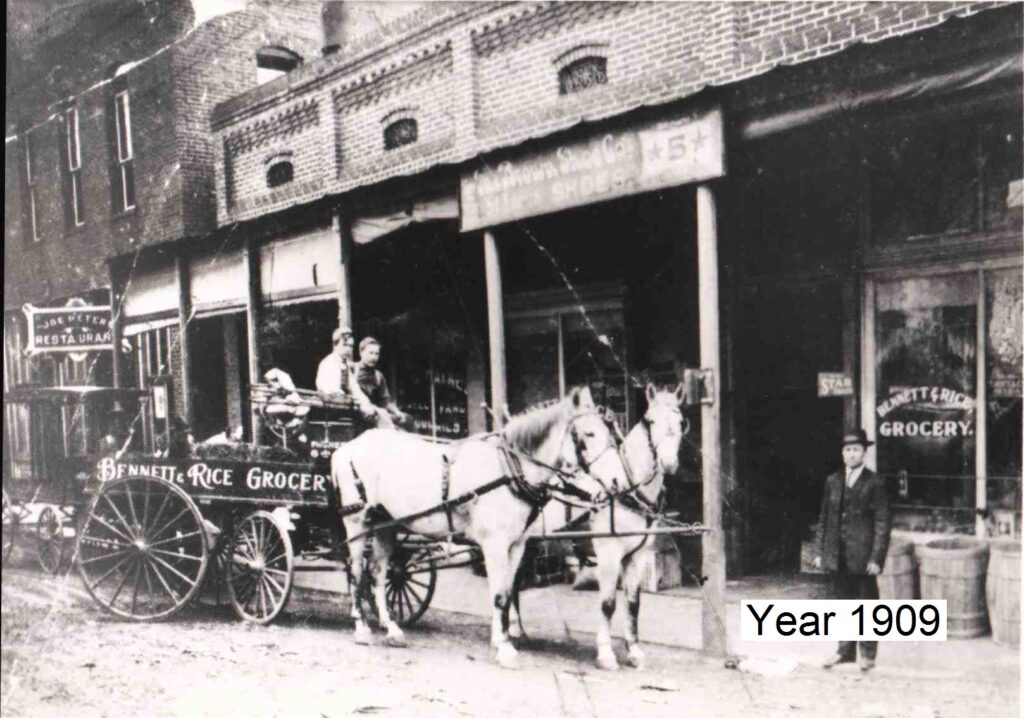 First: How do you pronounce “Lesmeister”? We could be cute and say the way to pronounce Lesmeister is “a really nice place to stay”. But this subject must be taken seriously since we’re asked at least once a week how to pronounce this old family name that died out in our county over a hundred years ago.

Heinrich “Henry” Lesmeister built the building that now houses Lesmeister Guesthouse, and he’d appreciate knowing his name is being pronounced properly to this day, so it’s:

LESS as in less, rather than more, and with emphasis on this syllable.

my as in mine rather than yours.

stir as in the process James Bond prefers that you not use to agitate his martini.

There’s an interesting story regarding the man identified as “Uncle Frank” in the photo above. Mary Frances Burke Brackett, whose mother Mary Martha is in the photo above, explained, “Uncle Frank really was not a family member. In the 1890’s he appeared at the Peters’ back door and asked if there was work he could do in return for food. Grandmother (Mrs. Theresa Peters) fed him well and said he could chop a little kindling in return. Being a cold late afternoon he asked if he could spend the night someplace. Then, with my grandfather’s permission, he spent the night in the laundry house. When the family awoke the next morning there were warm fires built in all the stoves and coffee brewing on the kitchen stove. He then moved into the family home and remained there until his death in 1916. He helped with the children, did gardening, and few questions were asked about his past. It was assumed because of his education and mannerisms that he was of noble birth and possibly a deserter from the Austrian Army. He was always referred to as “Uncle Frank”, the man who came to dinner.”